Let’s face it, some things we learn stick with us for only 60 seconds.  Others, we remember for 60 minutes and still others 60 days.  But do we ever learn something that might stick with us for 60 years?  Do we learn things that shape who we are?  At Edmonton Christian Schools, we hope so!  It’s our mission  to “challenge students, through Christ centred education to actively play their role in God’s story,” a story that encompasses their whole lives. 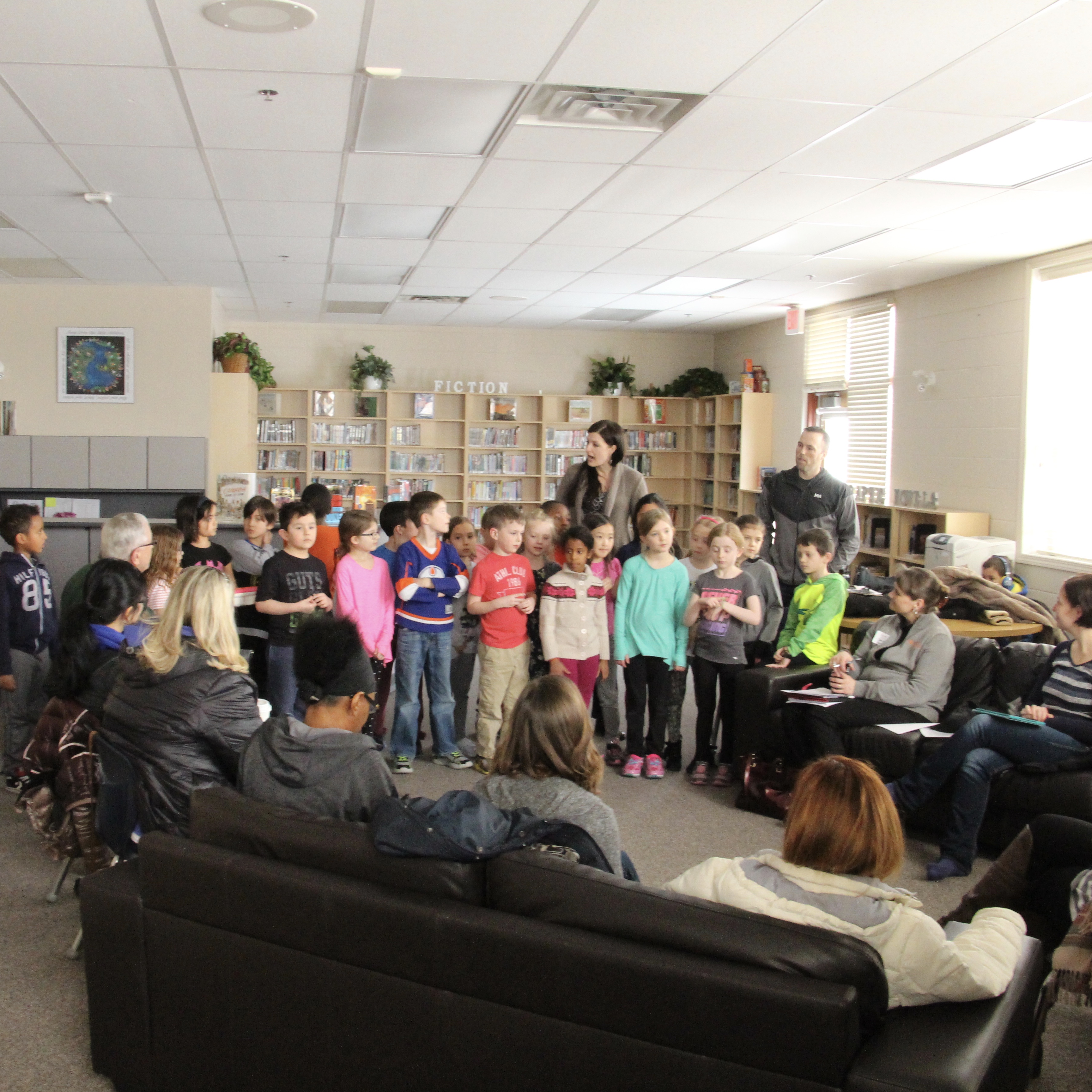 Presenting to the Parent Council

Mind challenging, hand engaging, heart shaping, role defining, 60 year learning was celebrated in Grade 2J at Edmonton Christian Northeast this week. In the past 6 weeks, as they studied liquids, states of matter, natural resources, basic mathematics,  geography and  literacy,  students  in Grade 2 learned the “60 year lessons” about seeking justice and building community.  These students learned that not everyone has clean water and that unclean water leads to diseases and deepens the effects of poverty. They set out to play their role in a better story– God’s story!  A challenge was given to the community to fund four wells through World Renew (website here).  The students listened to a grandparent who has assisted an African community in building a well.  With ninth graders, they wrote letters to the Prime Minister about the 71 First Nations communities in Canada that still do not have safe drinking water. They made presentations to classes in their own school,  at Edmonton Christian High and to the ECNS Parent Council.  While they were doing all of this, they learned deeply the outcomes that the Alberta curriculum has laid out for second graders in subjects like science, math, social studies and language arts. 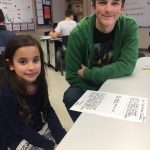 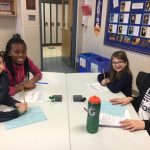 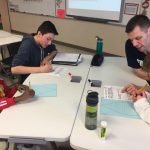 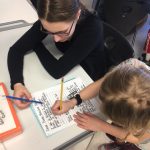 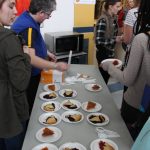 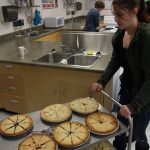 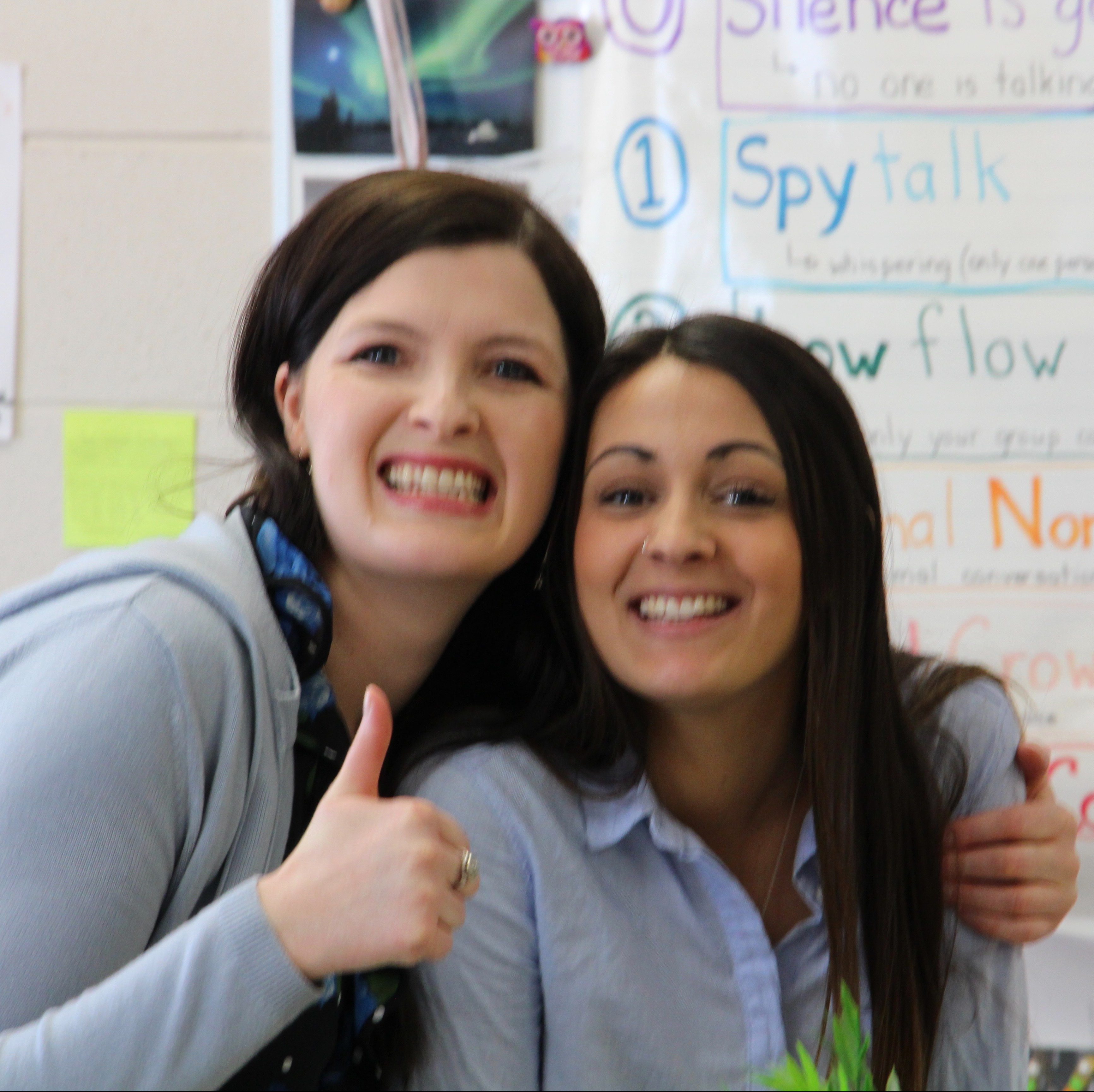 In the end, this remarkable group of students, under the enabling guidance of teacher Holly Jensen and King’s University education student Beth Sandle,  learned so much.  And, with the support of this generous community, they raised $3886.00!  Let that soak in . . .

Water for more than 1080 families!

World Renew sent the class this video in time for their March 20 celebration of learning:

(video may take a moment to load on your device)

The thank you video was only one part of the celebration.  Parents were there.  Mr. Mike Suderman, Assistant Superintendent of Edmonton Public Schools attended, as did Mr. Peter Buisman, Executive Director of Edmonton Christian Schools.  Also in attendance, Ms. Michelle Draper, Chair of Edmonton Public Schools Board of Trustees.  And of course, leaders from ECNS were there, drawing some extra attention with their newly dyed blue hair which was a commitment they made to the grade two students if they reached their goals.  A few  pictures of the centres, songs and prayers that were part of the celebration follow:    (slide show-may take a few moments to load on your device) 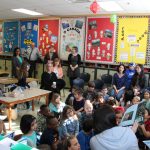 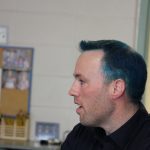 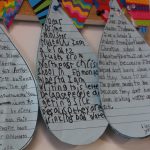 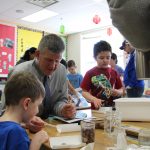 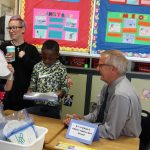 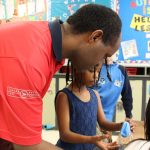 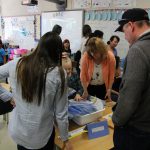 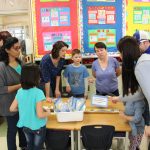 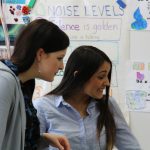 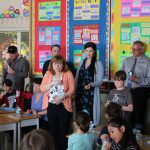 If you saw the grade 2J class at ECNS today, those children would probably say to you, “I am a justice seeker.  I am a community builder.  For these students,  two of the ten Biblical through lines that are woven into our entire K-12 curriculum at Edmonton Christian have become “who lines.” They have become who these students see themselves to be in God’s story.  And we pray, that that is who they will see themselves to be 60 years from now as they continue to live gratefully in the grace of the great I AM.  To God be all glory!