It has been a few weeks since Edmonton Christian High School students, under the capable guidance of teachers Suzanne Knol, Tim Epp and Nick Boschman, moved audiences with with their performance of Remember My Name by Joanna Halpert Kraus.  This WWII story tells of a young girl’s survival in wartime France and the courage of those who, at great risk to themselves, protect her from the Nazi Holocaust. 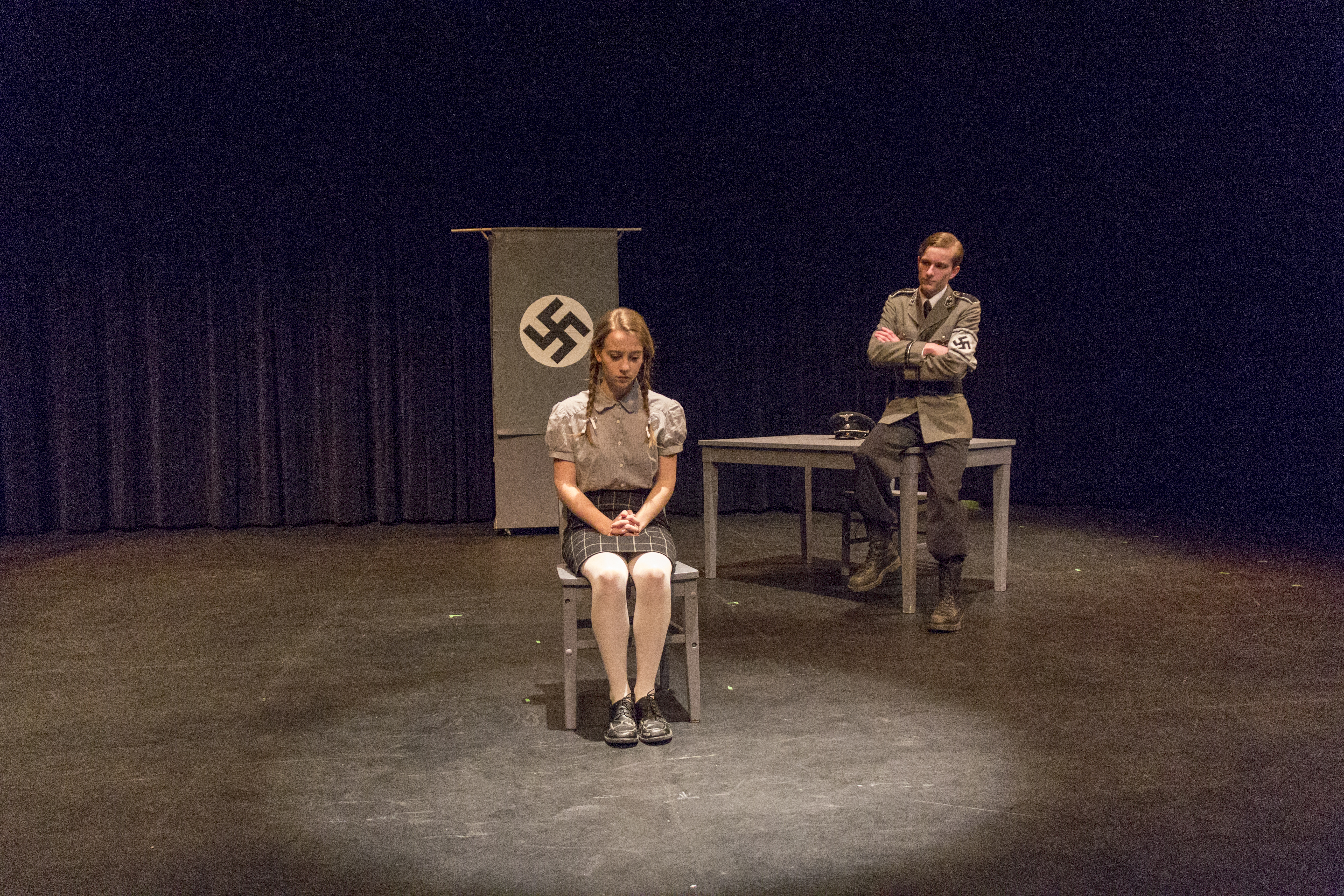 “It’s a play that we have wanted to perform for a long time,”  Knol shared as she introduced the play each night.  Spring 2017 seemed to be the perfect time.  The right cast was available.   Moreover, the politics of fear and division  were once again bubbling up in the world as humanity dealt with the very real and difficult issues of war, terrorism, refugees and race relations.  This added to the depth of the story told in Remember My Name.  “Mr. Epp and Mrs. Knol did such a good job making it … like …  more real, more relatable to nowadays,” said Christine E who was acting in her third high school production.  Fellow third year actor, Ryan V, who had an antagonist role as a Nazi officer agreed.   “It gave the whole play some purpose,” he said. 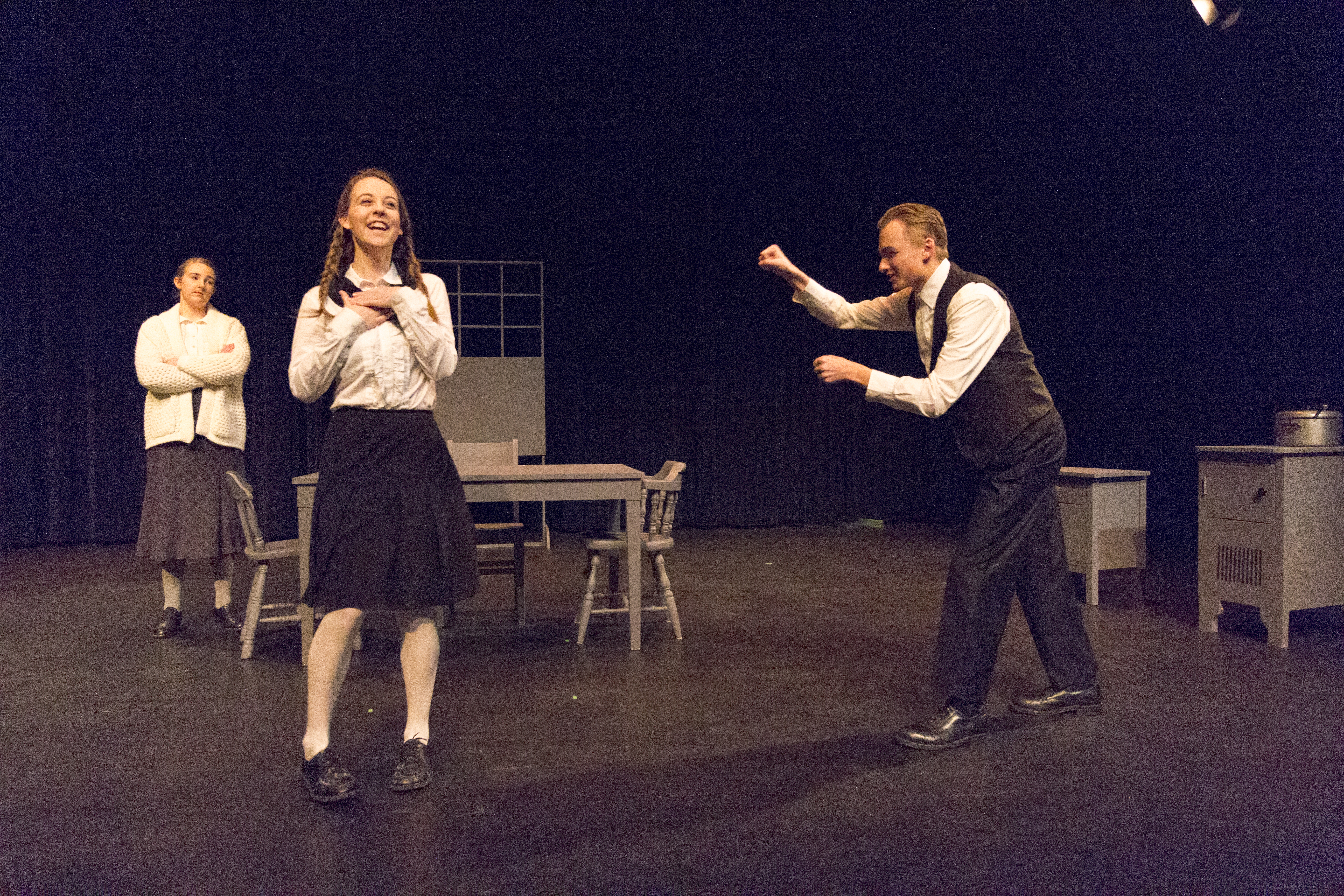 The play featured 10 actors with a mix of experience.  Ryan V, Christina E. and Emma H. were in their third high school production and that was reflected in their fine performances in major roles.  Neso I and Caleb S were second year actors.  Experiencing the bright lights on the stage for the first time were Noah W, Charissa K,  Jarin T, Michal R and Jake T.  Says Jarin of his first-time experience, “I will definitely do it again.” 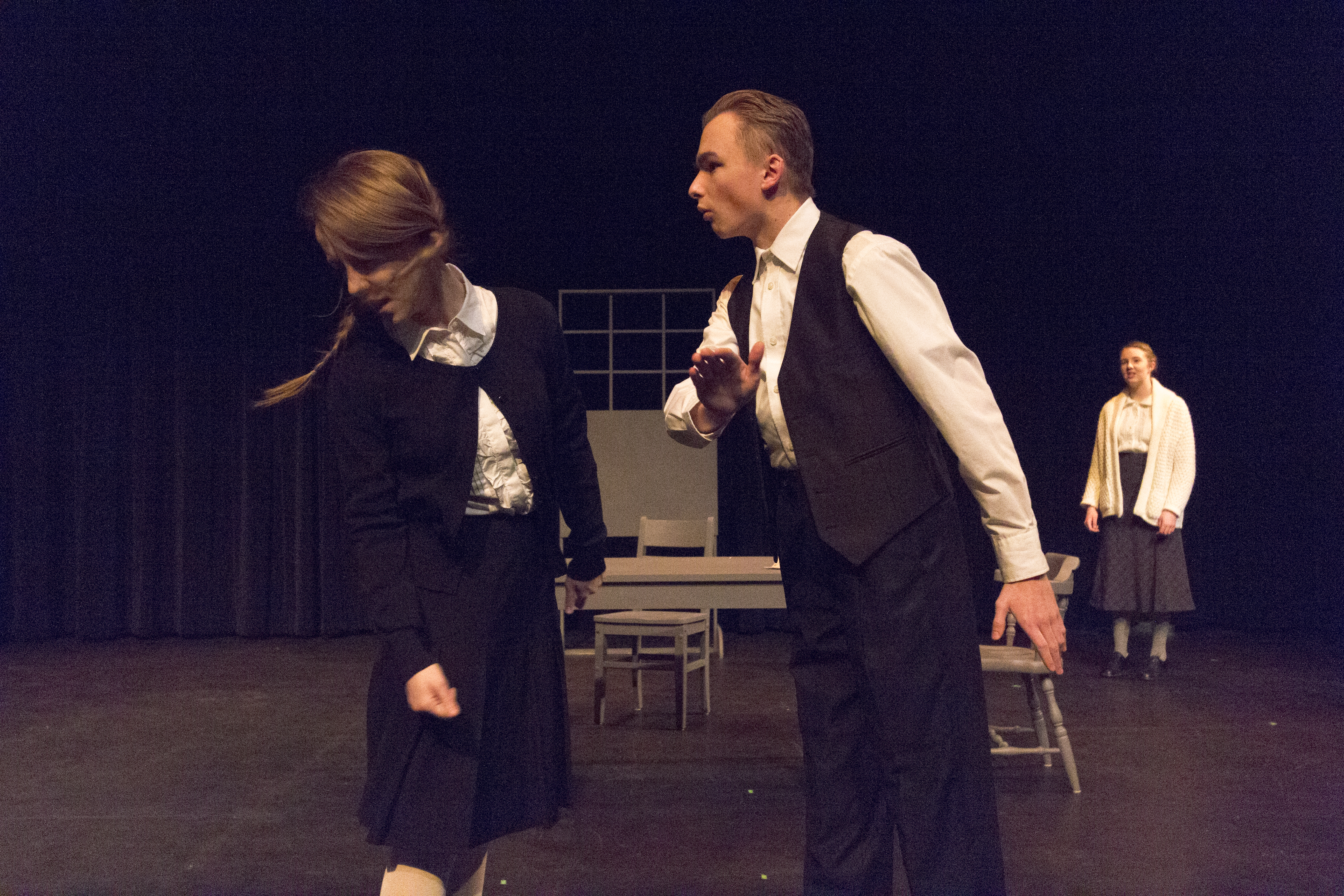 Behind the scenes looking after lighting, costumes, set, stage management etc were a whole host of other Edmonton Christian High School students.  Check out a copy of the Remember My Name Program (link) to see the lists of all the  “servant-workers, order-discovers” and “beauty-creators” that were crucial to this production. 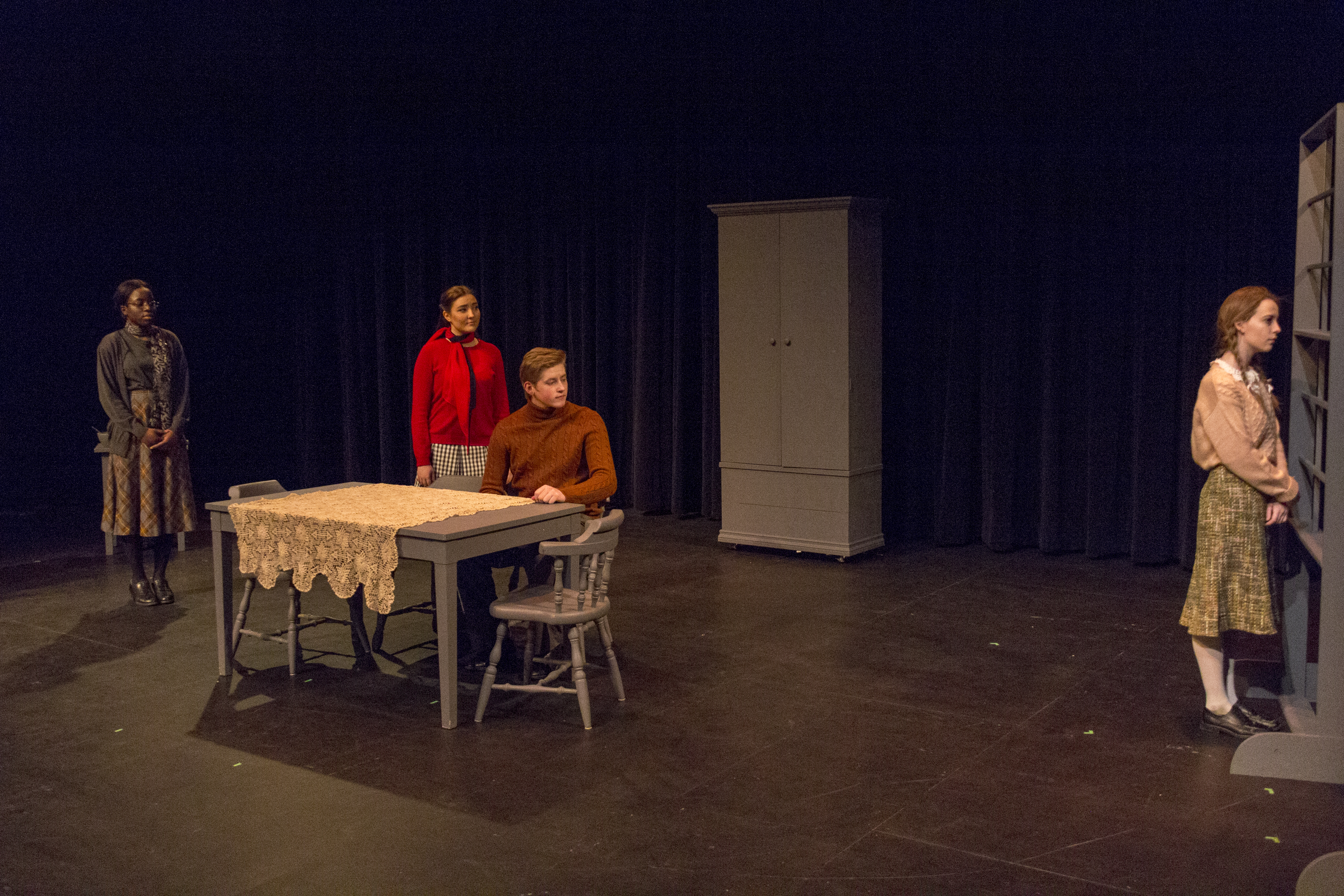 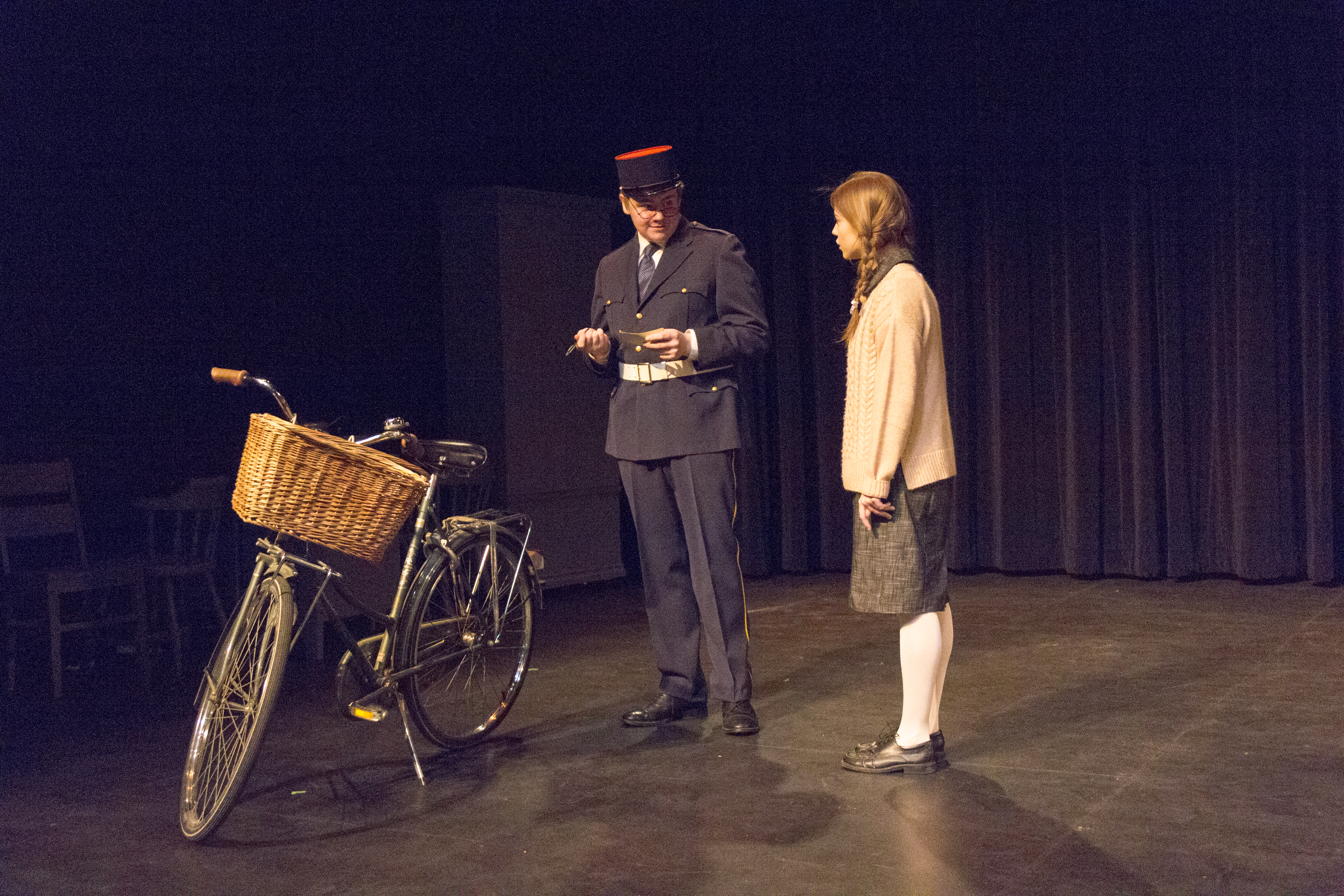 Once again, we are reminded by this Edmonton Christian High School production that we live our lives as part of a very rich story, a story authored by a creative God whose people can reflect that creativity whether it be in a science lab, on  a basketball court, in a studio, at a workplace or in a spotlight at centre stage.  But it gets even better!  The Author of the story we live in, knows our names. God knows the names of those that endured the holocaust, knows the names of the presidents and the paupers, knows the names of the rich and the refugees. God knows the names of all who have walked, do walk and will walk this earth.  And even in difficult times we can cling to the promise that those are names God will never forget.

Thanks to Mr.Tim Epp for the photographs.